What's the Difference Between the Nugg Club Box and the Hemper Box?

Well, what really sets the Nugg Club Box apart from Hemper is that Nugg Club delivers weed, while the Hemper Subscription Box delivers fun stuff that helps you enjoy your weed. The Hemper Box is filled with awesome smoking supplies, like bongs, rolling papers, and other accessories.
‍
This Hemper Box unboxing video shows an awesome space car bong that they sent out with their January shipment.
‍
So what’s to say you can’t get them both? They could actually go very well together ;)

What Are Marijuana Subscription Boxes?

Many consumers are familiar with the concept of a subscription box itself. That is, paying a recurring fee, usually per month, for shipments of a box full of an assortment of product(s).
‍
At this point, almost everything is available in a subscription box format. We've got subscription boxes for books, cosmetics, foodstuffs, razor blades, beer, and, yes, marijuana.
‍
So what's the deal with these marijuana subscription boxes? There are currently some different boxes on the market, but generally, marijuana boxes are monthly deliveries of marijuana or marijuana products. Some may include smoking supplies and accessories, and others, like the Nugg Club Box, include cannabis itself.
‍
Nugg Club members can expect a dispensary worthy collection of full-sized, premium, and top-shelf cannabis products delivered right to their doorstep.

The Hemper Box vs. Nugg Club

Believe it or not, there are actually quite a few subscription boxes being marketed to marijuana patients and connoisseurs. A popular one is the Hemper Box, which offers its subscribers a monthly case of smoking supplies and beautifully-crafted glass pieces for $39.99 per month.
‍
But can we compare the Hemper Box with the Nugg Club box?
‍
Let's get to it!

As you can see, the Nugg Club and the Daily High Club boxes have very different product offerings. So does it really make sense to ask which one is better? Let's take a closer look.

So the Hemper Box is marketed as a marijuana subscription box of premium essentials and smoking supplies. It costs $39.99 per month and comes with a recurring shipment of supplies like premium rolling papers, cones, glass filters, bongs and glass pieces, cleaning supplies, and other essential supplies.
‍
Also, you can choose to build your own smaller version of the Hemper Box for either $9.99 or $21.99 per month. However, you won't get nearly as much value as you would if you were to choose their curated monthly box.
‍
With the Hemper Box, marijuana patients can stock up on their smoking necessities and supplies without having to break the bank or compromise on the quality of their materials.
‍
The Hemper Box is similar to the Nugg Club box in that the box is different every month. Rather than just receiving the same exact product selections every month, the Hemper Box curates different premium products for their recurring subscribers.

When Does Hemper Box Ship?

The Hemper Box begins shipping on the 15th of each month. It takes between 7 and 15 days to get the tracking information.
‍
Nugg Club aims to get their boxes delivered within 14 days of the order, and schedules subsequent orders according to delivery preferences.
‍
Hemper Box Shipping is generally through US Mail while Nugg Club customers receive their orders via personal delivery. 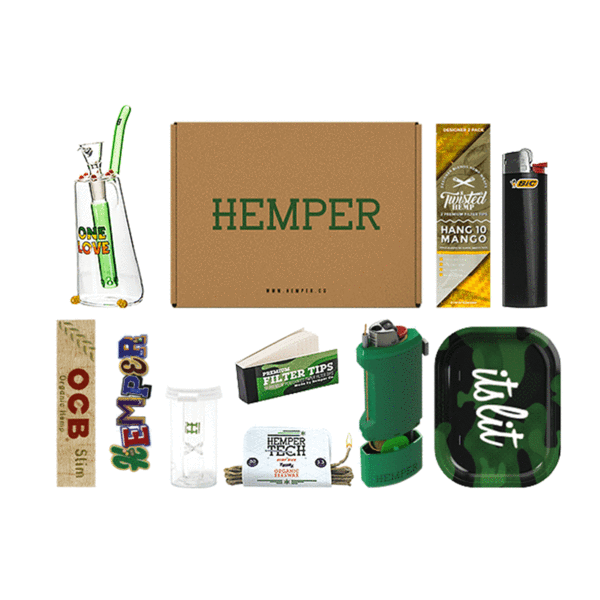 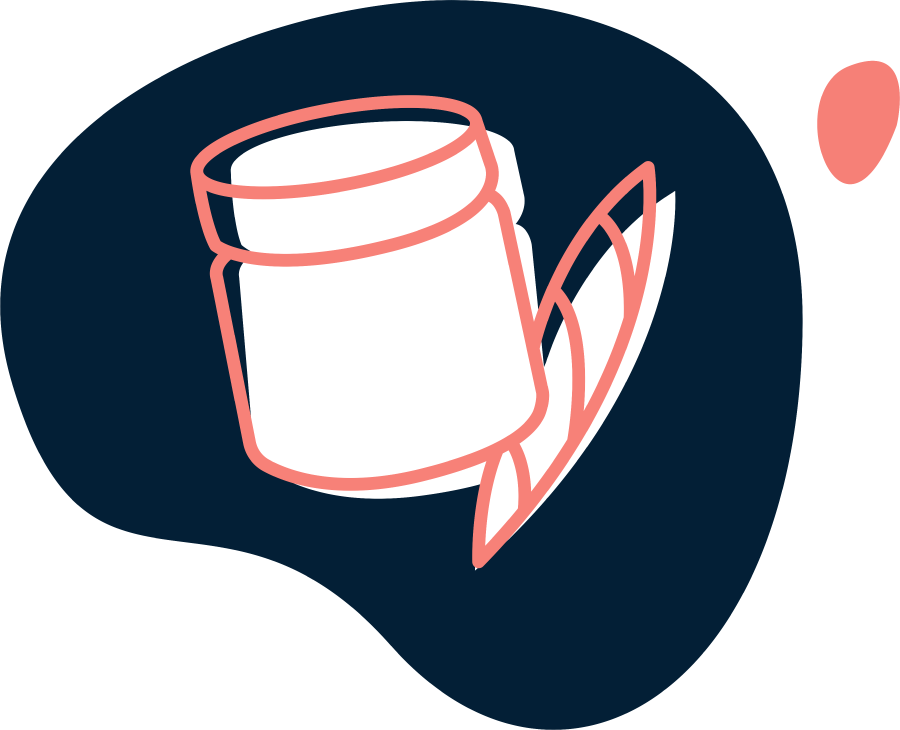 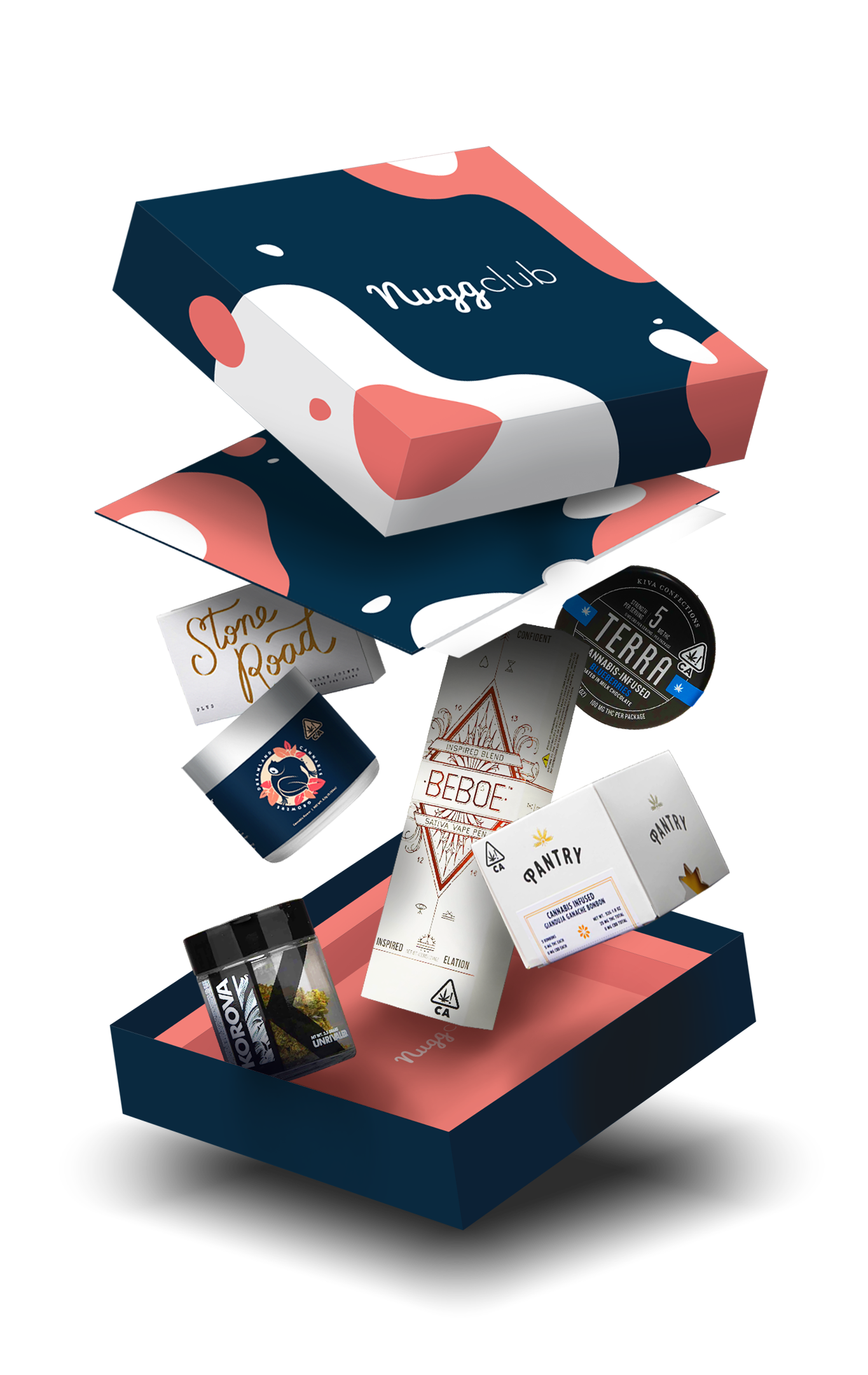 The Nugg Club Box is highly unique, in that it is packed with full-sized, top-shelf, and premium quality cannabis products. Our members can expect great selections like eighths of top-shelf weed, THC carts, or premium extracts -- Nugg Club subscribers get nothing but the very best. Instead of paying top dollar at a dispensary, Nugg Club members get it all delivered right to their doorsteps for only $99 a month.
‍
Nugg Club's specialized team of certified cannabis curators thoroughly vet the marijuana products that we include in our boxes. They have a lot of fun doing this! Nugg Club sets the highest standards regarding the review process of monthly product selections. Nugg Club members deserve the best, and only the best of the best make the cut.
‍
Some of the luxury brand names you'll find in your Nugg Club boxes are Stone Road, Pantry, Eureka, Kahna, Marley Natural, Chemistry, Dreamland, and Dropout.
‍

Once Nugg Club members find a product they like, they can order it again at a huge discount of 30% to 60% from Nugg Club's wholesale marketplace.

There's no limit to how many add-ons customers can include with their shipment, and they can choose from any product that's listed--not just the products they've received before.

Pay less, get more. We save you over $125 with every box. Plus, when you save on products, you save even bigger on CA cannabis taxes.

Which Box Should You Choose?
Which subscription is right for you? What's the best choice?

Combine the Boxes for Unheard of Savings

So what if you were to subscribe to both the Hemper Box and the Nugg Club Box? As we just mentioned, both are supplying different, but equally essential, smoking necessities. Each box is offering its subscribers hundreds of dollars in retail savings every month.
‍
So how much would you save every month by holding both subscriptions? Well, the Hemper Box comes with an extra $125 in retail value, and the Nugg Club comes with $225 or more. Together, this can account for $350 worth of savings every month on marijuana-related purchases you'd probably buy anyway. And you can save even more if you have a Hemper Box discount code.
‍
Might as well save big, don't you think?

A Match Made in Heaven

If you're a marijuana patient or connoisseur, you're probably going to be purchasing marijuana or marijuana products. Not only that, but you're going to be buying marijuana supplies, too.
‍
If you were to buy each product offered in both boxes individually, you'd be spending hundreds and hundreds of dollars every month. Anyone who's been to a dispensary knows that medicinal grade cannabis isn't cheap. The same goes for smoking supplies and paraphernalia.
‍
But with the Nugg Club and Hemper boxes together, you'll enjoy over $500 worth of cannabis goods for only $138.99.

So what are you waiting for? Our professional cannabis curators update our Nugg Club Boxes every single month. Why waste the opportunity to receive the highest quality marijuana products for the best price? Sign up on Nuggclub.com today!